The Swift System: A Revolution in Wart Treatment 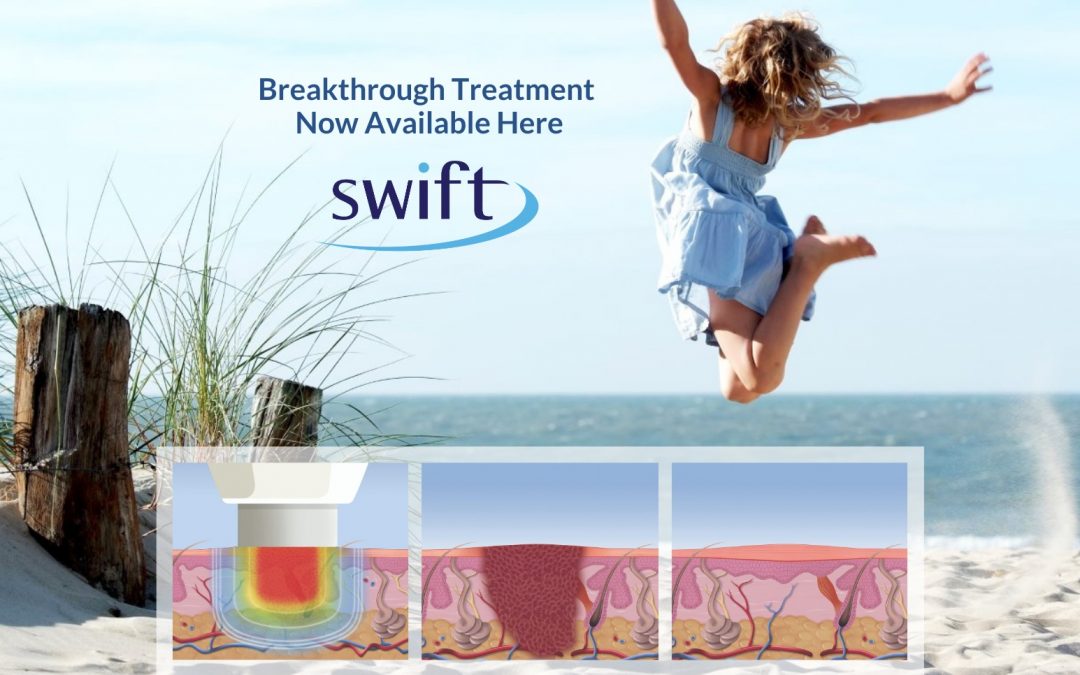 Warts. While they aren’t particularly dangerous, having them is not pleasant. They are also a common source of embarrassment, as approximately one in ten people have warts. Although they typically vanish on their own without treatment, warts do last about one or two years – and new warts may appear soon afterward.

It only follows that several medical treatments have been developed for so prevalent and distressing a skin condition. Unfortunately, the most popular wart treatments including cryotherapy, acid, pulsed-dye lasers and surgery are all likely to cause discomfort. They may also leave permanent scarring, and they do very little to prevent the appearance of new warts.

That is why the podiatrists of Twin Cities Foot & Ankle Clinic are so excited for the Swift System: a revolution in wart therapy. Fully cleared by the FDA in 2018 for non-invasive treatment of soft tissues, the Swift System was only made accessible to American healthcare providers in the following year. This futuristic dermatological device is poised to make wart removal faster, less uncomfortable, and far more effective than ever before.

How Does the Swift System Work?

The Swift System operates on a very well understood scientific principle. It is, in essence, a weak microwave generator which is incapable of producing any harmful radiation or heat. Indeed, the radiation emitted by the Swift System is comparable to the radiation produced by a cell phone!

The Swift System exerts only enough energy to excite the water molecules within a wart and cause friction between them. This is highly effective at targeting the root of the wart itself. Thus destroying it from within without risking harm to nearby areas of the skin. Best of all, the extremely accurate nature of the technology means a Swift Treatment only targets the area of the wart itself.

Dermatological science has yet to devise an entirely painless wart removal process. But the Swift System is the closest it has gotten to date. Patients may in fact feel nothing while receiving Swift Treatment. Although, some report very light discomfort – comparable to a scratch or an injection, yet typically lasting no longer than three seconds. Better yet, Swift Treatment carries zero risk of harmful side effects, and patients may go about their regular business after receiving it. Experts cannot say the same for all other wart treatments.

True to its name, Swift Treatment is fast. The device does not have to penetrate the skin to affect the subcutaneous wart cells, so a single treatment commonly lasts a mere five to ten minutes – about as long as it takes to unload the dishwasher. The Swift System removes most warts entirely within two to three treatments, which may be scheduled as frequently as once a month.

Having reviewed its medical literature and witnessed its dramatic effect in action, Twin Cities Foot & Ankle Clinic’s Dr. Sperling and Dr. Felton both recognized just how revolutionary the Swift System truly is. We rarely call a dermatological treatment life-changing, but Swift Treatment genuinely deserves that accolade. That is why we are proud to now offer Swift Treatment at our podiatry clinic. We welcome you to contact us today to schedule your consultation and first wart removal treatment.